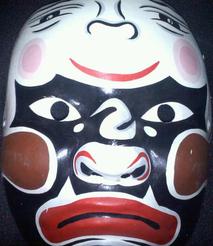 The Prediction is coming true...

The American Twilight Project is an album that was released in 2012 by DJ Mockstar, featuring MCs from STL, Kansas City and New York.  It is a political album focusing on wealth inequality, the unfair treatment of the poor, and the disappearing middle class by the political and corporate elite.

Now, 5 years later, with the current turmoil our country is facing, this album is more relevant than ever before.  Inside the White House there are people who have publicly proposed the destruction of our government and wish to bring upon the apocalypse by propagating a war.  A war between religions, classes, and races.
The Twilight of the Age of America is truly upon us.

These songs contain no samples except for the cuts.  The Choir Melody for American Twilight is from the song "Age of Aquarius" written by Galt MacDermot.  The intro string melody to 2012 is from Catholic Liturgy.